Here’s a question: When was the last time you watched an advertisement on Youtube? Really watched it? For me, the strongest impression of these advertisements is one of impatiently hovering over the “skip ad” button. And this is not just me, it’s a part of a larger trend: We don’t want to be advertised to anymore. 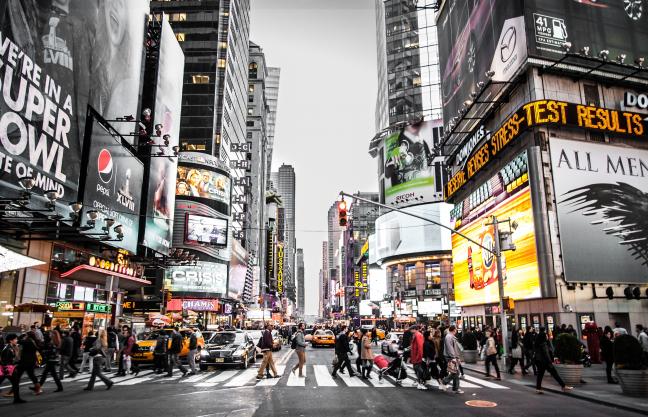 One could argue that digital advertising is about to face a crisis. Consumers are increasingly averse to traditional forms of advertising. Why? The problem can be summarized in the words of controversial Swedish media personality Alexander Bard: “On the Internet, advertising is called spam”. This somewhat brash statement has some truth to it. During the last decades, advertising avoidance has become an increasingly relevant topic for researchers. Phenomena such as banner blindness, ad blocking and skip rates of around 90 percent for pre-roll video ads make it increasingly hard for advertisers to get consumers’ attention.

If this development continues, will there be a future for digital advertising? We might be able to get an answer by looking at what has changed. In an article soon to be published in the Journal of Services Marketing, we argue that the reason for the current problems can be found in the digital media itself. When consuming digital media, the consumers expect to be in control.

Traditional media channels, such as broadcast television or newspapers, were a one-way, one-size-fits-all affair, where consumers were expected to sit down and take it. There was no choice. In those times, advertising was usually a case of (quite crudely) buying shares of consumer’s attention with slots in the media stream. Of course, people ignored ads then as well, for example by going to the fridge during an ad break. But the form of the media itself was fixed, and if you felt lazy and decided to stay seated by the TV, you had to watch the ad.

Now, however, interactivity is a basic property of digital media. This means that choice and control are built into the nature of the media itself, and people learn to expect it. Why should I have to look at something that I’m not interested in? I’m the one in control!

So where might this development lead us? There are many potential places where we could end up. Currently, there are three main ways in which advertisers try to deal with advertising avoidance:

The first one refers to the fact that, as our digital footprints become increasingly detailed, companies learn to target us better. The second one refers to advertising which is valuable in itself, for example entertaining ads or practical guides (“The 5 best tips for a beautiful lawn!”) The third one has to do with tailoring ads so that they fit into the surrounding media in terms of theme or content, like placing ads for concerts in the culture pages.

The perceptive among you may have noted that all three ways of coping are really about the same thing: Making ads more relevant for us consumers. This seems to be the general direction for digital advertising. In the upcoming paper we take this even further and argue that digital advertising must become more service-like. Ads should support consumers in some way – they need to provide consumers with some type of value. Otherwise, consumers are likely to reject them.

If we take this line of thought to its conclusion, where do we end up? I present one possible future scenario, which I optimistically call The Consumer’s Advertising Utopia. If we assume that consumers become increasingly hostile to unwanted advertising, and get increasingly good at blocking it, in the end consumers stop being exposed to unwanted advertisements altogether.

For example, a recent report by Deloitte describes how consumers now subscribe to multiple digital services to piece together the media experience they desire. This fits with the idea that media’s traditional space advertising is disappearing. We might even end up in a situation where advertising as we used to know it does not exist at all. Instead of being bombarded with irrelevant messages, we would be exposed only to things that we are interested in, or which we feel help us in some way. The end point would be a life without any intrusive advertising, at least in the digital sphere.

In such a world, advertisers would need to offer people value upfront, and not expect to influence people through mere exposure. Many advertising professionals now talk about engaging the customer before making a sale. Thus, every ad – every contact point – should offer something to the consumer. The consumer should be so well targeted that he or she actually might want what the company has to offer, and that goes for both before and after making a purchase.

For example, imagine that I’m in the market for a new car. I am not interested in mindless, intrusive sales pitches. In this future scenario, I might instead be given the opportunity to digitally explore the world of cars on my own terms, playing with price, properties and the car experience in a way that benefits me, and then maybe make a purchase at a point where I feel confident in my preferences. This is the role of advertising in the consumer’s advertising utopia: The consumer is in charge and uses what the company has to offer for her own benefit. Who knows, we might even get there one day.