Emergent and marginal market trends have the potential to teach us something about more general socio-cultural developments which, in turn, may have far-reaching consequences for companies and consumers alike. However, such marginal phenomena are often dismissed as mere flukes not worthy of serious attention. Sometimes such dismissals are, in retrospect, arguably justifiable. In other cases, they turn out to be misjudged. Therefore, surprising developments that challenge conventional wisdom and that seem to contradict our best predictions may very well be worthy of our attention, regardless of their marginality. 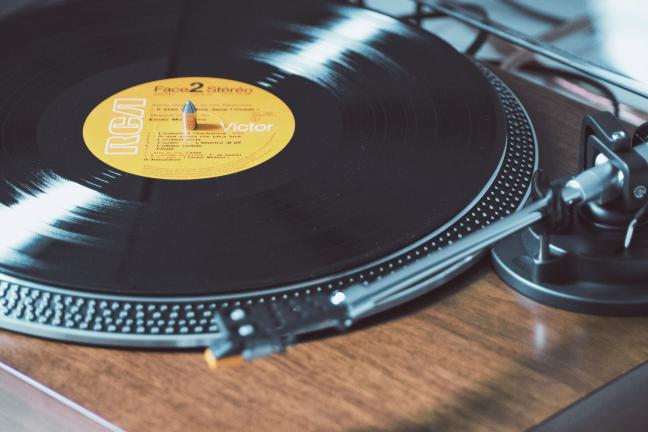 Around 2006 a peculiar trend increasingly got the attention of music lovers and record companies alike. Sales of the already declared dead vinyl record were surprisingly on the rise while sales of CDs, i.e. the reigning physical format for music reproduction, continued to diminish. Since 2006, sales of vinyl records in Finland have increased yearly with around 30%, making it by far the fastest growing physical format for music reproduction (IFPI). This trend has year after year been dismissed as a bubble about to burst. Year after year, however, the sales numbers have contradicted these predictions (IFPI). Record presses are being reopened around the world as the demand for new vinyl is far greater than the present output capacity. Simultaneously, the prices of used vinyl are rising as especially millennials are starting to explore this alternative way of consuming music.

The so-called craft beer revolution started in the US and the UK as a reaction to the uninspiring standardization and uniformity of the beer sold to consumers. After decades of centralization and homogenization, independent actors took matters into their own hands and started to commercialize beer recipes that they had been developing in their basements and garages. The craft beer movement was originally an underground movement of sorts, taking on the big players by challenging the prevailing notions of what beer is supposed to taste like as well as what its cultural role and status should be. In 2010 there were less than 40 microbreweries in Finland (Vesalainen, 2017). Today, there are more than 100 of them (Suomen pienpanimot). New beers are made available almost daily, which means that walking into a grocery store these days always feels adventurous as you never know what new types and styles of beer you can find there. It is also kind of confusing, but in a good way.

Neither the revival of the vinyl record nor the craft beer revolution was anticipated. The digitalization of music and the convenience and cost-efficiency offered by services like Spotify understandably seemed to provide consumers with everything they need and more: Ubiquitous availability for a low price. The beer industry seems to follow a similar logic, working from the assumption that their best strategy is to produce and market beer that is unchallenging and easily approachable for as many consumers as possible, ergo the extreme standardization.

In both cases, the big players are arguably right. Most consumers seem to be, if not happy, then at least content enough to keep on buying their products and services. However, tellingly, the major brewing companies have started to emulate microbreweries by developing a greater array of beer types, while record companies are releasing many of their top artists newest music on vinyl as well as digitally. There is, in other words, market potential in these perhaps no longer so marginal trends. What then, if anything, can one infer from these developments?

The German sociologist Max Weber (1864 – 1920) famously developed his theory of rationalization to describe the advance of what he termed formal rationality. Formal rationality involves the rational calculation and optimization of means to ends by following institutionalized rules, regulations and laws. Weber was mainly concerned with the expansion of bureaucratic institutions in modern society and viewed them as taking on an increasingly autonomous and domineering existence. His fear was that as these bureaucratic structures grow in complexity and size, they increasingly come to define the behavioral patterns of everyday life, and thus run the risk of substituting the human ends that they originally were designed to serve with increasingly prolonged chains of means designed to optimize the performance of the bureaucracy. Weber calls this state of unreflective optimization and its occasionally dehumanizing consequences the irrationality of rationality (2002 [1905]).

American sociologist Georg Ritzer makes use of Weber’s ideas by arguing that the clearest manifestation of rationalization in present-day society can be found in fast-food restaurants: “It is the fast-food restaurant that today best represents and leads the process of formal rationalization and its basic components—efficiency, predictability, quantification, control through the substitution of nonhuman for human technology, and the ultimate irrationality of formal rationality” (2013, pp. 45-46).

The process of rationalization is, however, not restricted to fast-food restaurants. The digitalization of music consumption tick many of the boxes of McDonaldization, such as efficiency, quantification and substitution of nonhuman for human technology. Many consumers who have turned to vinyl have done so because of a feeling of a lack of control and agency when streaming music online. They find themselves cherry-picking songs, often without listening to the end of the song (never mind whole albums), leaving them with a feeling that the design of the services they use causes this type of superficial listening (Schauman, 2019). The homogenization of beer culture leads to similar frustration among many consumers who feel that there is a lack of substance not only with regard to the way mass produced beer tastes but to the broader culture structured around the product as well.

In both cases, convenient and cost-efficient solutions seem to come at a price an increasing number of consumers are unwilling to pay, at least not without complementing these with alternative solutions. The growing popularity of so-called craft or artisanal alternatives to mass produced commodities seems to suggest that new modes of consumption that emphasize the importance of a rich and engaging culture into which the individual can plunge are emerging. An understanding of these nascent trends may very well help us discover some latent needs that an exaggerated adherence to formal rationality has made us overlook.

Thus, instead of focusing exclusively on the hows of formal rationality, perhaps we should sometimes ask why, that is, pay more attention to what Weber called substantive rationality, which is concerned with questions of the values and purposes that ultimately guide us in everyday life. This could, in turn, entail paying attention to Weber’s colleague Georg Simmel, whose rather enigmatic words, “only man himself is the real object of culture” (1908, pp. 41-42), may help us readjust our focus. Such an endeavor is probably even more challenging than buying beer from a grocery store these days, but perhaps just as, if not more, rewarding.