As a doctoral student, part of the work is to be comfortable in navigating the intellectual space of academic discourse and conceptual thinking. And for a new student, this isn’t necessarily an easy domain to master, as the terrain is rife with competing philosophical ideas and pre-suppositions. And even when some schools of thought are more or less closely related, it may still be a challenge to discern between them, or map out the relation between them, with different names such as ‘scientific realism’ or ‘pragmatism’, each credited to a particular thinker(s), and arising in a particular place and time. 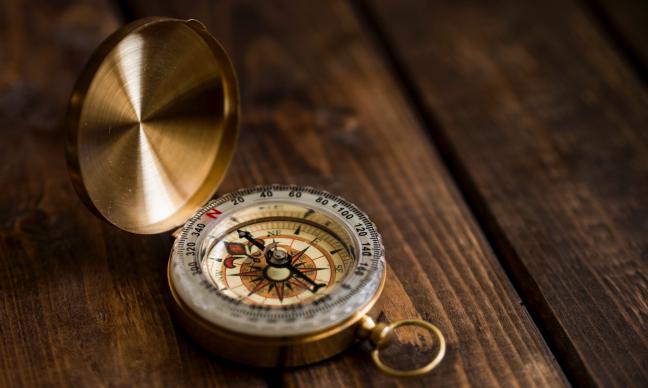 Although an average person would likely be unaware of the ontological and epistemological underpinnings of a popular theory such as supply and demand in economics, academically-oriented minds are expected to be more adept at navigating the theoretical space and to be more comfortable in juxtaposing ideas onto their corresponding intellectual categories. For one thing, academics are expected to be scientific, or at the very least, know about science and its various presuppositions upon which they lay their ideas and precious theories.

In an attempt to orient oneself in this murky space, constructing a sort of a simple compass would prove quite useful to an aspiring student. This idea was indeed facilitated by an early PhD seminar course titled Quality in Research, delivered eloquently by Professor Janne Tienari at Hanken. A central dichotomy quickly surfaces when exploring the various ontologies in social sciences, serving as an axis of reference when pondering the philosophical underworld of academic thought.

Here, language may hint at this intellectual bifurcation as reflected by common-place comparisons such as holistic vs reductionist, inclusive vs exclusive, soft vs hard, qualitative vs quantitative, literal vs metaphorical, material vs metaphysical, rational vs emotional, and dare we say, masculine vs feminine, etc.

Such qualities, seemingly opposite or contradictory in Western thinking, were assessed differently in ancient eastern traditions, as illustrated by the yin-yang Daoist symbol. Where Westerners may see divergence and opportunities for debate and intellectual sparring, Easterners would more likely depict complementarity, connection, and interdependence, each side giving rise to its corollary in an ever-flowing dance.

Comparing the two dominant ontological hallmarks of the social sciences, Robert Chia (2003) presents the two camps – empirical structural-functionalism and interpretive social-constructivism – as ontologies of ‘being’ and of ‘becoming’, respectively. ‘Being’ essentially reflects the static, the defined, and the relatively stable as perceived by structure and relative function. Here we find positivist empiricism which, for many, defines the scope of science as pertaining to the factual, the causal, and the measurable.

On the other end of the spectrum, ‘becoming’ embraces flux and is more comfortable with change and ambiguity. It is ever-cautious and pays particular attention to the patterns of meaning, contextual nuances, and relations between entities; herein, social interaction and sense-making are set as foundational mechanisms of reality-creation.

So then, broadly speaking, our ontological compass seems to highlight the ‘factual’ on one hand, and the ‘interpretive’ on the other. But is there a true North, one wonders?

In thinking about this, a plausible metaphor may be the dichotomous nature of the human brain’s left and right hemispheres. Here, the left stereotypically specializes in logical reasoning, reducing, cutting, and categorizing into explainable bits and pieces, while the right is said to function more intuitively with creativity, subjectivity, emotion, and abstract thinking.

In his book, The Master and His Emissary, psychiatrist Iain McGilchrist (2009) contrasts the differing world views of the right and the left brain as he demonstrates how Western cultures increasingly typify an asymmetry characterized by the dominance of the left brain. And according to McGilchrist, this is to our detriment, as he argues that the right brain makes a far wiser master than its emissary, who is nevertheless excellent at carrying out dutiful scientific work.

As an academic debutant, the split along the ontological fault line seems quite stark with seasoned researchers and reputable institutions frequently adhering to one position, almost in opposition to the epistemological other.

But how can one expect the scientific endeavor to be ascribed to a one-sided, partial viewpoint?

Similarly, one may wonder whether many of our current social debates are actually fueled by conflicting underlying ontologies, in a sense reflecting the tension between our established rationality and our intuitive creativity, the taken-for-granted vs. the ever-possible.

Perhaps here is where cooperation and dialogue are necessary in reconciling our theoretical dipoles. Without this ‘coming-together’ one risks more polarization into the trenches of said scientific progress.

A constructivist approach may indeed be necessary to help us reinterpret assumptions and adjust course, but then so is scientific rationality essential to bring us where we would like to go. In the de-construction and re-construction of some taken-for-granted state of affairs, a sensible ‘master’ may create a new vision, and relegating it to the ’emissary’, put it under scientific scrutiny, drawing inferences, and re-interpreting it on a continuous dialectic journey towards a higher state of harmony.

In a world of competing ideas, increasing polarization, and turbulent public discourse, an earnest researcher asks, what hope is there of reconciling our viewpoints and perhaps re-aligning our priorities to match the kind of world we would like to see?

MCGILCHRIST, I. (2009). The master and his emissary: the divided brain and the making of the Western world. New Haven: Yale University Press.