Burglars are getting smarter, unfortunately.

It was about a year ago when we were moving to a new neighborhood. We fitted everything in a van and set off for the new home. The driver of the van, for some reason, started to talk about burglaries in Helsinki and Vantaa. Evidently, he did not believe in the true value of silence. Anyway, among other things, he advised me against buying the commercial anti-burglar light bulbs – those that randomly turn on and off while you are getting a tan.

When I asked why, he gave me a rather detailed explanation, specific to each major one, of how to detect whether the house is on an anti-burglar lamp or not. “When you see this, sir, you know it is safe to go in. The house with all lights off is a gamble, not good sir. They go to sleep really early here, you never know…” I wish him, of course, to be wrong. People still pay for these devices to pretend to be at home, by some random consumption. That is, to hide the true pattern of consumption (and non-consumption) from the passers-by. 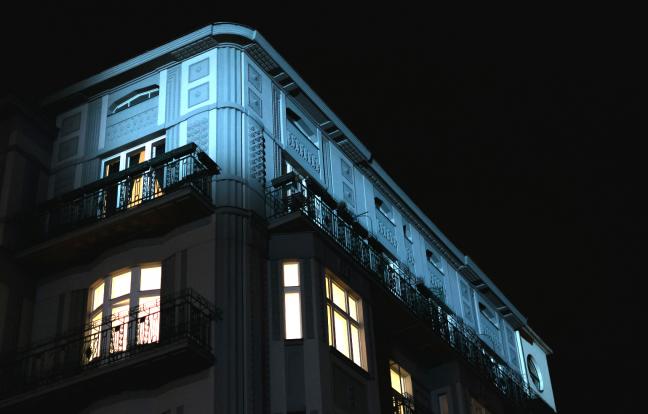 Now, what if all your electricity consumption data gets recorded somewhere? That would of course include all the data from your devices, I mean, ALL of them. Such a database will show for example that, although a living room light has been occasionally on (at all kinds of weird hours at night), the bathroom has not been used. What kind of a creature can walk around playing with the lights for a week without using the bathroom? It is a scarier scenario than the truck driver’s story.

So, the idea of this data set is silly – or is it? This is actually the case with many smart energy management systems. In order to optimize the energy saving performance, these systems transfer very detailed real-time consumption data to their platforms and process them. Moreover, when energy management systems are gamified and a social comparison dimension (in energy saving) is included, the data, or part of it, is shared with other users. Will the consumers’ privacy concerns escalate? If yes, to what extent? Would it make the consumers change their often-positive opinion about the gamified solutions?

In a project focused on business models in the energy-prosumption context, we tried to address the privacy issues associated with gamification of prosumption. In an energy prosumption system, the prosumer produces and consumes energy at the same time, for example by installing rooftop solar panels.  We found that gamification makes the data-exchange in these systems more salient as the energy prosumer can visually see and feel the data and the analyses. In other words, the prosumer of the gamified version (vs. non-gamified version) would feel that more data about her energy production and consumption is gathered and exchanged. This triggers extensive data privacy concerns because such data reveal the prosumers’ life-style and habits. These concerns, if not addressed well, can dissuade consumers from investing in energy prosumption systems.

Then, we looked into the boundary conditions of the effect; the conditions under which these negative effects of gamification on prosumers’ perceived privacy violation are stronger. Studying these conditions enabled us to suggest strategies that would minimize the privacy concerns of the potential energy prosumers and maximize the chances of convincing them to invest in energy prosumption.