Service research in Hanken commenced in 1976. Around 1990, the group of faculty members and doctoral students that were interested in the field of service had grown at the Department of Marketing, and service research dominated the research at the department. Therefore, all faculty and doctoral students in Helsinki and Vaasa, 10–12 persons, were summoned to a departmental meeting, in December 1992. This meeting took place in a small conference hotel located in Raippaluoto (Replot) outside Vasa. 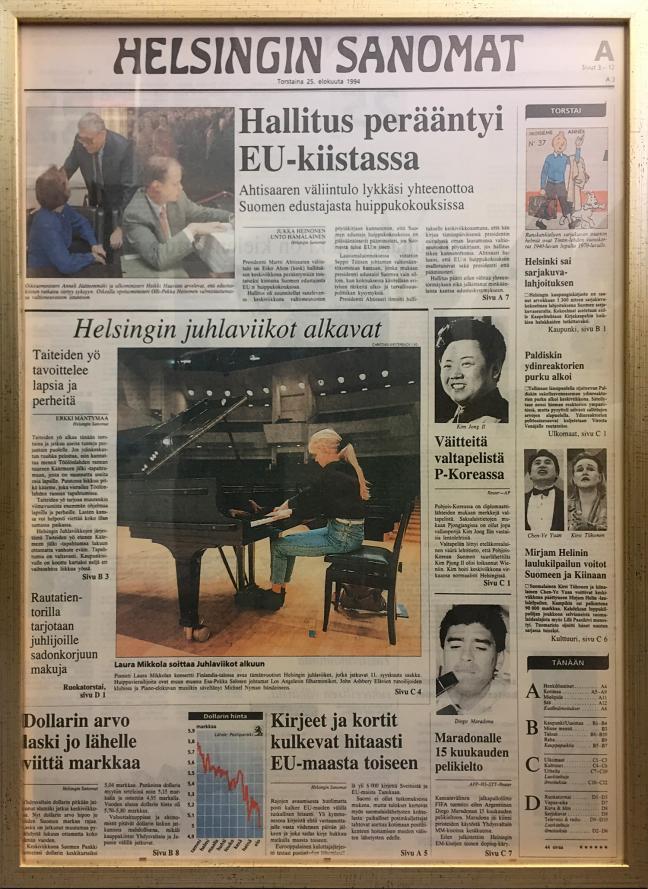 This meeting determined the future direction of the Department of Marketing. What should the focus of the department’s research be, was the main topic of the meeting. Firstly, the meeting decided that service was a natural choice. Secondly, it was noted that such a small department did not have the strength to focus on several areas. Hence, the marketing department decided to focus firmly on service research.

After this meeting, the idea to try to create a cross-subject service orientation in Hanken’s educational programme surfaced. Only the Language Department showed any interest. At the same time, the idea of a service research centre was discussed. Because of the lack of interest in service in Hanken, the development of such a centre had to be a project of the Department of Marketing only.

A few years later the time was ripe, and in 1994 the board of Hanken decided that independent research centres could be established, and CERS Centre for Relationship Marketing and Service Research was born. As it would have been too bold to establish such a centre in one area only, at the same time a similar centre was established in relation to the finance department as well. This decision to accept such independent centres showed great foresight of the rector Marianne Stenius and the board. It also demanded open-mindedness.

During the decision-making process the board realised that, according to the university law, independent research centres alongside departments could not exist. The board decided to establish the two research centres anyway, as virtual centres. Later the law was changed, and CERS became a real research centre. In reality this had no impact on how CERS functioned. CERS and the Department of Marketing initiated the establishment of the Hanken MBA programme, which subsequently was launched with two specialisation tracks, namely service management and finance.

Hanken gave CERS a budget of 30 000 marks, which when the euro was introduced in 2002 equalled approximately 5 000 euro. This budget was never used. CERS immediately started a business programme arranging regular seminars for member companies, and the membership fees from this programme covered all costs from the very beginning. When Hanken started a business programme on the school level, CERS’s programme was closed and merged with the school’s programme. CERS was financially well compensated by Hanken for the loss of membership fees.

Photo: The first page of Helsingin Sanomat, the main newspaper of Finland, in September, 1994, when CERS was established.