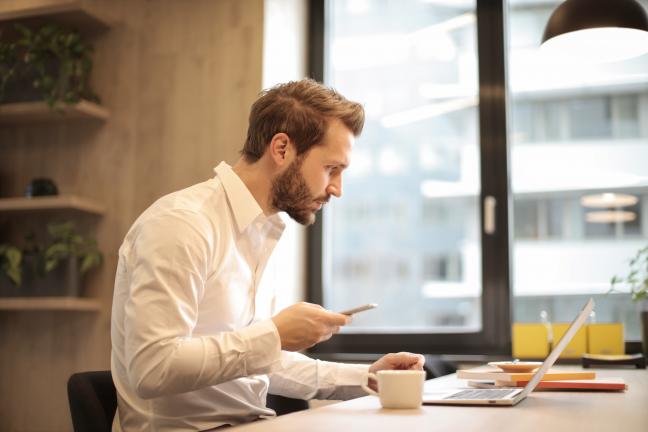 Photo by Bruce Mars from Pexels

I remember that our thesis became a bit messy with all the literature, but also how we came to an important conclusion that I still believe holds true. Namely, that despite the continuous development and refinement of technology, the power of human interaction should not be underestimated. Today, ten years later, I am more convinced than ever that there is no substitute for direct interaction between a customer and a human service employee. Maybe now you think, but hey, we have smart services and intelligent systems and everything, which customers interact with daily, and it works just fine.

And here is the crux of the matter: When a customer interacts with a computer or system instead of a human, through the Internet or some other way, the service experience tends to be “just fine”, or maybe “not that fine”. The experience of human-computer interaction is almost never completely terrible or remarkably wonderful. Interaction between humans, on the other hand, can often be an amazing, or horrible, experience. I would go as far as suggesting that human interaction has the potential to completely make or break a service more than anything else.

In discussions about customer (dis-)satisfaction with research colleagues and professionals, many tell me they have observed the same thing in their own studies or business practice. That is, what makes customers really angry or happy is almost always another human, not an online bank or a smartphone app, or some other non-human system. In fact, I believe the more “digital” a business is, the more of a force multiplier – in a positive or negative direction – humans are.

Consider the case of Zappos, one of the most successful online retailers in the U.S. The CEO of Zappos, Tony Hsieh, claims the key to the success of this online business is its carefully recruited and well-trained call-center employees:

‘‘At Zappos we don’t hold reps accountable for call times. And we don’t upsell—a practice that usually just annoys customers. We care only whether the rep goes above and beyond for every customer. We don’t have scripts, because we want our reps to let their true personalities shine during every phone call … There is a lot of buzz these days about social media and ‘integration marketing’. Our belief is that as unsexy and low-tech as it may sound, the telephone is one of the best branding devices out there’’ (Hsieh, 2010, p. 3).

Because of complex things such as personalities, moods, emotions, empathy and compassion, or lack thereof, all human interaction – face-to-face or over phone – always has the potential of being amazing or horrible. As stated previously, human-computer interaction rarely evokes such strong feelings in service encounters. In a digital age, it is therefore critical for businesses to take full advantage of the benefits human interaction offers, and avoid its possible detriments. Human interaction is something extremely powerful that no smart business should forget about, or leave to chance, as customer relationships become more digitalized.