“The botanist looking at a daffodil has no reason to dispute the right of the poet to look at the same object in a very different manner. There are many ways of playing. The point is not that one denies other people’s games but that one is clear about the rules of one’s own.” 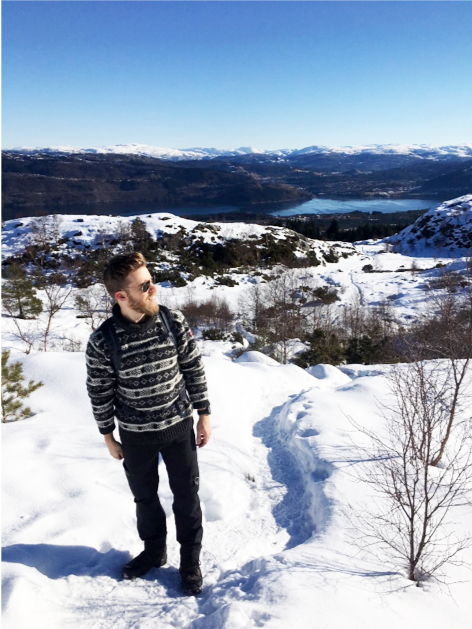 Those words, by the great sociologist Peter Berger, came to my mind one day while walking in the mountains surrounding Bergen. As I stood there at the edge of a cliff facing the ocean, I didn’t exactly think about daffodils, but about the mountainous landscape. I thought about how it’s been studied and looked at in so many ways. Geologists have had a keen interest in the formation of this landscape, studying how slowly moving glaciers have carved out the fjords that are so characteristic of Norway. On the other hand, during the Romantic period, painters such as J.C. Dahl studied this landscape in a different way. They wanted to capture the magnificence and spirit of it, in an effort to build a Norwegian national identity, during a time when Norway was in union with Sweden.

I think it’s safe to say that geologists and painters subscribe to wildly different ontologies. Natural scientists are concerned with very real matters in the sense of causes and effects, while artists belong to the realm of interpretations and meanings, which are real in a different way: they can form nations and cultures. As such, the botanist and the poet do indeed play by very different rules, but then again perhaps they don’t mix very often today.

The social sciences – which we as business school researchers are a part of – are pretty messy. In a metaphorical sense, here we have both “botanists” and “poets” playing the same game: for instance, they might study the same market phenomenon through surveys or through ethnographic participant observations. One of them is perhaps inspired by the image of the rational, detached scientist, while the other might look up to political theorists or cultural anthropologists. In the end, these researchers are looking for different types of knowledge. Using the framework by the philosopher Jürgen Habermas, academics in business schools can have a technical interest in establishing regularities and causalities in order to control processes, a historical-hermeneutic interest in understanding meanings within and across cultures, or they might have an emancipatory interest in identifying ideologies and sources of repressive structures. Mixing people who belong to different perspectives, and have different knowledge interests, can sometimes lead to imposing one’s own rules to a whole other game. At its worst it can also lead to grave misunderstandings, and trench wars between different schools of thought. But most often I think mixing several discussions or ‘games’ is more a strength than a weakness.

So how should we go about in learning to understand ‘other people’s games’, as Peter Berger called them? Initially, I think this is to a large part made possible by the broad range and very high quality of the courses that we as doctoral students are offered. As an example, one course that I took back at Hanken acquainted me with hermeneutic interpretation, feminist theorizing and dramaturgical analysis, while another one here at NHH has taught me about experiments, meta-analyses, and formative and reflective measures. My point is that I think both courses were outstanding, but content-wise they were from different planets. There is no ‘one way’ of doing good research. And as researchers – young and old – it’s good to keep that in mind. We need to be exposed to a broad variety of perspectives, and most of all we need to take time to reflect on the meanings and implications of them. In the words of Mats Alvesson and Dan Kärreman, we should practice ‘broad scholarship’. It gives us more tools to answer a wider variety of questions, it enables us to have better conversations with our colleagues, and it helps us adopt a more reflexive stance towards our own work. By seeing the other perspective, we can better understand our own.

What about the botanist and the poet then? The modern conception of arts and sciences as separate, distinct careers is not very old. It stems from the modernization and professionalization of the academic world, into a system where scientists specialize in narrow fields of expertise. In her book “The Philosophical Breakfast Club”, philosopher Laura Snyder recounts how this conception of modern science was largely realized by four Cambridge scholars in the nineteenth century. Ironically, none of them fit the modern conception of a specialized scientist that they helped create. They conducted experiments and studied optics, but they also wrote poetry, studied architecture and translated Plato. Being a botanist doesn’t mean that you can’t be a poet too. There are indeed many ways of playing, as Berger noted, and we shouldn’t be confined to one game.