In the beginning of February a range of organizations participating in humanitarian relief got together during the 4th annual Humanitarian Networks and Partnerships Week in Geneva, which boast the headquarters of many UN agencies and international NGOs. This includes large actors such as the UNHCR and the Red Cross and Red Crescent Societies, as well as smaller consultancies.

The organizer of the event, whose secretariat is hosted by the United Nations Office for the Coordination of Humanitarian Affairs (OCHA) also in Geneva, is the Leading Edge Programme. This Programme defines itself as “an informal collaborative platform where humanitarian experts meet to jointly identify and implement sustainable solutions to cross-cutting challenges in humanitarian response”. They have been organizing the Humanitarian Networks and Partnerships Week since 2015.

Many of this year’s HNPW sessions dealt with the central and recurring theme of localization. Localization of assistance has been on the humanitarian agenda particularly after the Grand Bargain (see e.g. IASC) that aimed at changing the ways donors and aid organizations work in order to get more of the money put into the humanitarian system to the ones in need. In the discussions, localization was on the one hand being depicted as desirable, but on the other hand doubts were raised on the local actors’ abilities to respect the different standards and procedures that the humanitarian community has been implementing across the years (Now the Core Humanitarian Standard is linked to Sphere standards). As increased efficiency and effectiveness of humanitarianism was sought from a more standardized and coordinated system collaborating with the private sector, localization received a supporting role in the show. Particularly network organizations were echoing the concerns of national governments in charge of disaster management or the small-scale civil society organizations, reminding that they still are the key actors on the ground.

While we discuss about those central and recurrent issues in Geneva, we can also ponder, how to better get the voices of local organizations and beneficiaries heard at events like these. 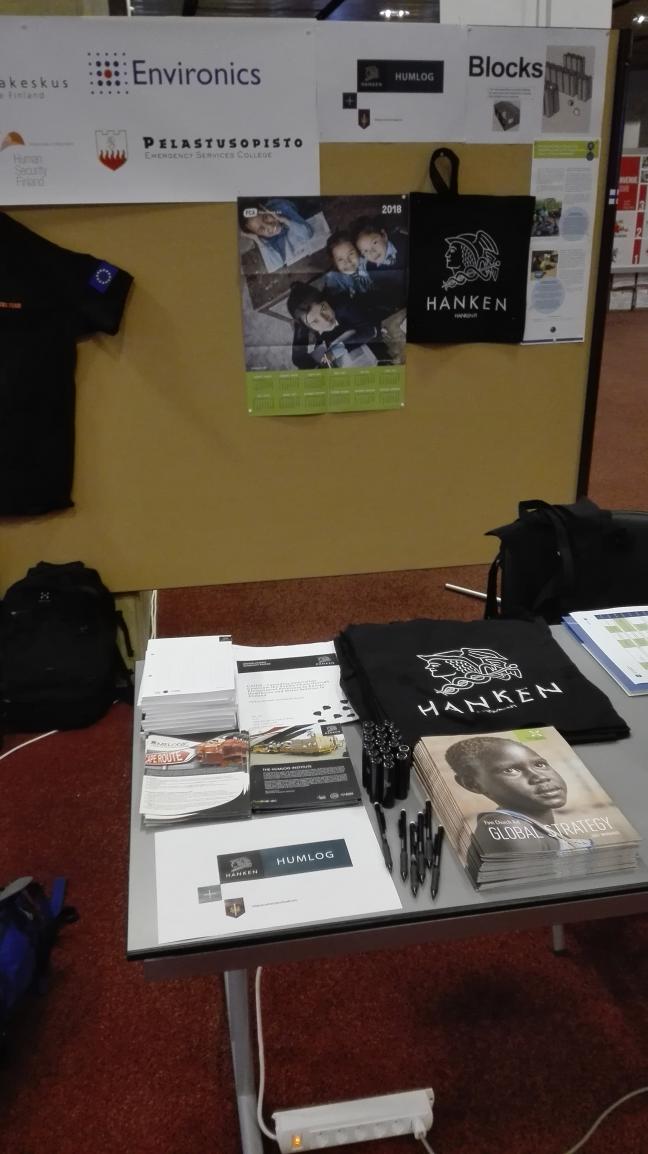 HUMLOG-sized slice of the stand