Skip to content
9.2.2016
This blog entry is a brief introduction to the city and the fire that spread across its hills and Eija’s field research in Chile.

My feet are stuck in two fields of research: that of community resilience and humanitarian logistics and supply chain management (HLSCM). Disaster relief within HLSCM studies how the aid can and should be provided and often the focus on actors external to the affected communities. Meanwhile, community resilience studies how the affected communities prepare for, face and recover from disasters. The year 2015 I spent in Chile studying the reconstruction after the urban-forestal fire that spread across the hills of Valparaíso in April 2014. This blog entry is a brief introduction to the city and the fire that spread across its hills and my field research in Chile.

Valparaíso is a Chilean port city, famous for its three dozen steep hills and colorfully painted houses built into the steep slopes. Its architecture, exquisite graffiti and vibrant atmosphere have earned it a UNESCO status. Valparaíso has a neighborhood spirit lingering over it that the locals say other cities, such as Santiago, have lost. There are only a few bigger supermarkets and people continue to buy their groceries from the corner shops and the market places. One of Pablo Neruda’s houses is in Valparaíso and the city is famous for its cultural scene. 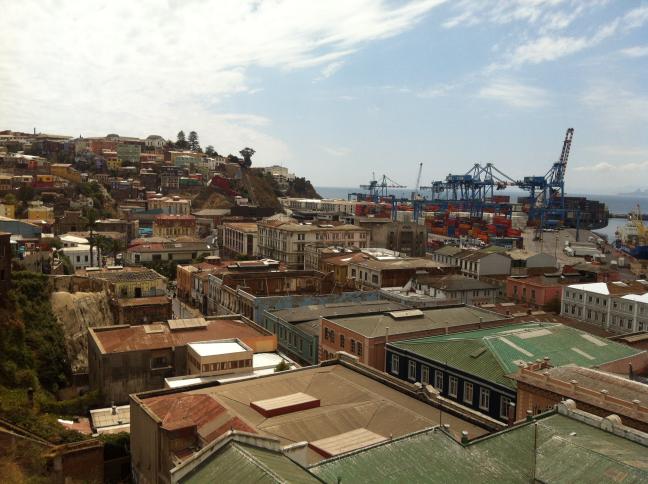 A roof-top view over the Valparaíso and its port, 2015.

In April 2014 a fire spread over the hills of Valparaíso, advancing both in the forest, as well as on the inhabited hills of the city. The fire in Valparaíso could be attributed to both natural and man-made causes: for example, the soil and trees were dry after the summer and trash had been gathering into the ravines between the hills. The official trigger of the fire was pointed at birds that had caught fire while sitting on the electricity lines. While the red glowing inferno of the fire was a haunting sight and phenomenon, the hazard was just the spark that started the disaster for the over 12 000 affected people.

Disaster relief is categorized into different phases that the affected community goes through. The hazard sparks the immediate response in the community, after which recovery and future disaster preparedness follow. These phases are intertwined. For example, the urgent fulfilment of basic needs that characterizes the immediate response overlaps with reconstruction, and future earthquake preparedness is built into the infrastructures during reconstruction from the previous earthquake. The external actors supporting each phase change or shift their focuses, but – at least in theory – the community persists. 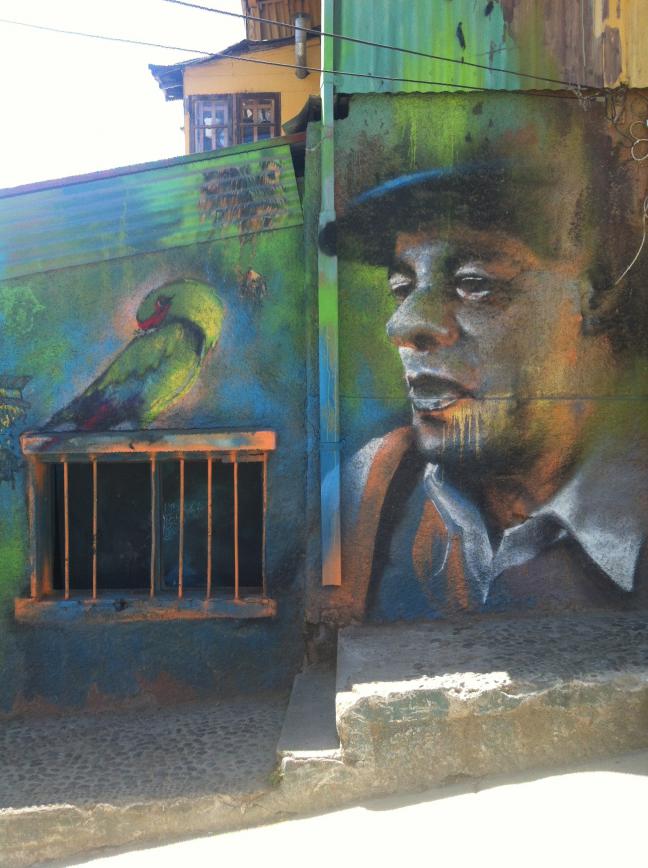 While Chileans are used to a variety of disasters from earthquakes to forestal fires, the red burning hills and the scale of the disaster received a lot of attention. The navy and the governmental actors organized the relief, during the long Easter weekend volunteers and NGOs came to aid, and donations poured into the city. After a few weeks, however, the spotlight moved on, while the disaster was continuing to evolve. Also the disaster relief was moving beyond the immediate response and slowly on to reconstruction.

Chile is a wealthy OECD country on an aggregate level, but high economic inequality persist within the country. Usually the Chileans discuss three income classes: the high-, the middle- and the low income class. However, in Chile and Valparaíso another distinction exists: the one between formal and informal settlements. The distinction is not black-and-white and a variety of Chilean Spanish words exist to describe the informality of settlements. Campamento, an “encampment”, is one word to describe the neighborhoods where people do not (cannot afford to) own the property they have built their homes on and where houses tend to be of makeshift nature. In Valparaíso, where the hills stretch for skies, the roads get more narrow and formally unmaintained, and housing turns from using sturdier materials to congregated iron and wood paneling. The formal neighborhoods turn into campamentos.

The fire of 2014 burned homes both in the formal and informal settlements of Valparaíso. However, while the people who had formally owned their property had a right to get replacing housing in the aftermath of the fire, the people in the campamentos strived to keep the land their family had lived on, often for generations. So, in the reconstruction face the people living in the formal and in the informal settlements faced differing challenges in reconstructing their homes. But it was not only the houses that needed to be reconstructed and recovered, it was also the minds, homes and the communities. 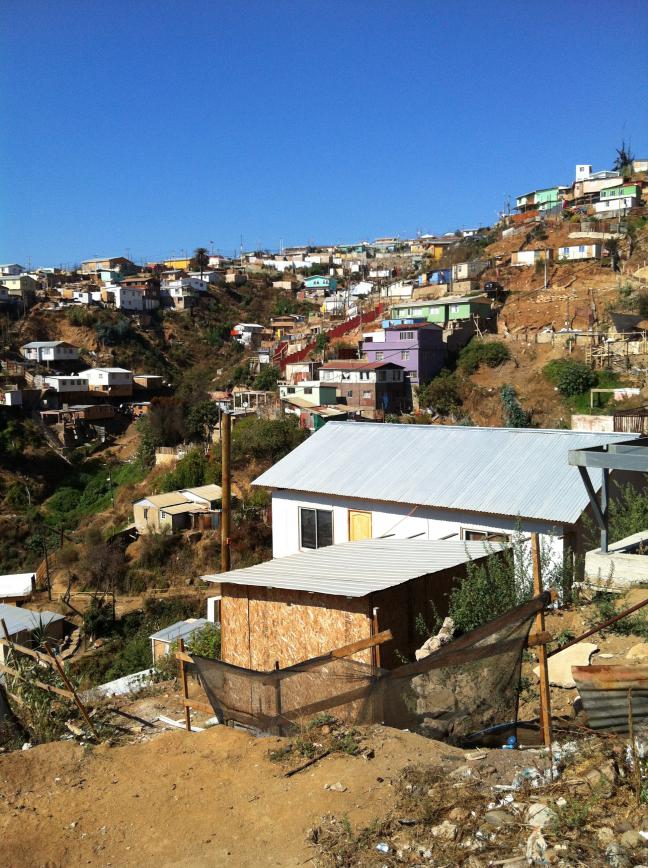 Disaster reconstruction on the way, Valparaíso 2015

Chile is a beautiful country, with its borders spanning from the deserts of Atacama in the North to the lush green fjords of the South. In the West it is greeted by the Pacific Ocean and in the East the breathtaking Andes mountains. Chileans are very friendly and Valparaíso has its own particular charm. However, Chile also has a darker historical and political undertone that relates to colonialism and the dictatorship of Pinotchet that brought harsh neoliberal and unequal economic policies to the country. The resulting economic and social inequality was hard for me to grasp, it was even harder for me as a researcher to write academic, justice-based research on disaster reconstruction that would pay respect to plurality of the local narratives, weaving harmony instead of producing hasty judgements.

Disasters are social phenomena, tightly connected to the workings of the local society and community. A researcher from the outside of the community or society is not likely to wholly understand the local history and culture, nor its current political and social mechanisms. Hence, the researcher is not likely to wholly understand why the disaster is a disaster. Furthermore, doing research in a foreign language can dilute the meaning brought forth by the interviewed and the researcher might end up interpreting the phenomena from their cultural context, leading to implications that are out of touch with the reality of the cultural context that the person is trying to do research in and on. These reasons led me not only to question the whole purpose of my research, but to deeply examine my position of privilege as a researcher and private person.

However, despite the caveats, as disasters put our societies and communities at test and exacerbate the inequalities that exist prior to the disasters, having an international body of knowledge that supports the societies and communities in understanding their workings at their gravest moments is vital. Understanding the needs of affected communities from a locally attuned international perspective is also useful as disaster relief has become highly international through the involvement of bodies such as UN, big multinational NGOs and private corporations that take part. The new Sendai Framework for disaster risk reduction states “building back better” as one of its priorities for disaster recovery and I as a researcher want to know what “better” is, to whom and how do we get there. I believe asking these questions is necessary.

But how should one then carry out research in disaster relief, as a foreigner to the context to be studied in order to bring out the good that research can do? 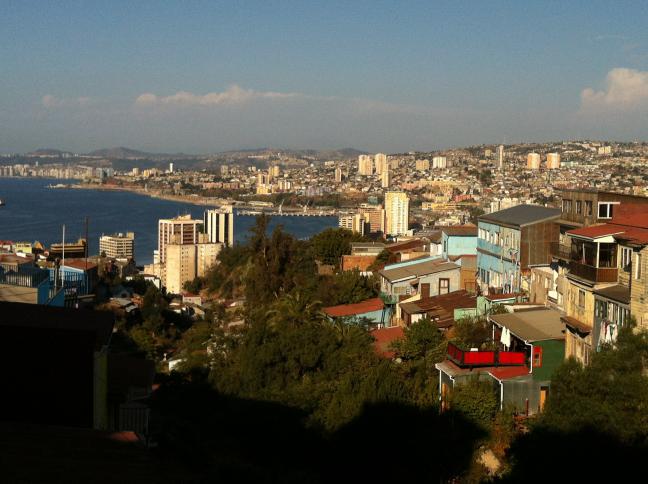 As for me? I’m still far from getting there, but luckily I’m in excellent company.

A little song to conclude.